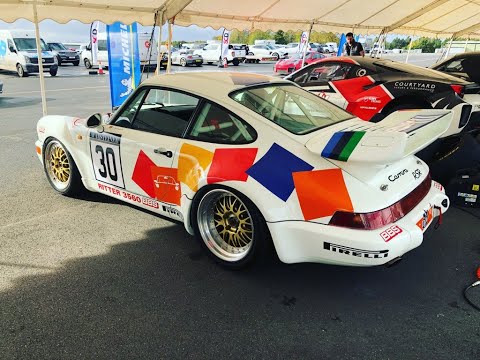 We are delighted to to offer for sale once again a period 1993 built and raced Mamerow 3.8 RSR with chassis number MAGT93001 and up-to-date Wagenpass and HTP papers.

Peter Mamerow created this car to compete in the 1993 ADAC GT Cup series against the factory RSR teams.  He raced with a good level of success, so much so that Porsche refused to sell him the latest RSR rear spoiler.  You can see this in the Wagenpass, and in the photos from the ADAC Championship.

Fast forward 20 years, the car had been in storage at Mamerow Engineering (ME). Peter and his son (now a works driver for Audi) decided to rebuild the car ready to race it together.  This was a ‘budget no object’ exercise, as ME had a substantial sponsor behind them.

Since then we have sold the car to a very talented British racing driver who has owned the car for the last two years and has completed two races (which he won convincingly) and now wishes to move onto pastures new.

We inspected the car along side industry specialist Neil Bainbridge of BS Motorsport.  He regarded the car to be of the highest standard, and one that was “built to win”.

A number of race result sheets are present in the file.

Have Any Questions About This Vehicle?